The basic relationship between Money Supply & Stock Markets is simple.

Lower interest rates mean lower borrowing costs for companies & the government alike. A lower interest outgo results in significant improvement of the bottom line of corporations that are waist-deep in debt. Higher earnings in turn, imply higher book value of companies as well as higher P/E multiples. In a low-interest-rate environment, conservative investors who generally do not think beyond Fixed Deposits or Public Provident Funds may also shift to other lucrative assets. An interest rate cut lowers the hurdle rate for investments & encourages entrepreneurs to borrow more & invest in their business. The transmission goes somewhat like this: 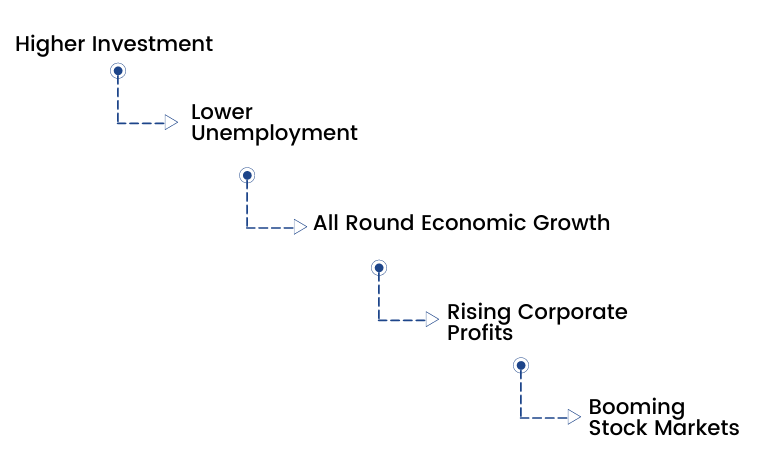 Long story short - an interest rate cut is perceived as a positive news flow by the markets.

The Federal Reserve has vowed to keep interest rates at near-zero through at least 2023 and even beyond. And it is not just the Federal Reserve that is following an expansionary monetary policy.  Interest Rates have sunk into the negative territory in countries such as Denmark, Sweden, Japan, Spain & Switzerland. Negative Interest Rates essentially imply that savings are penalized in such an economy and borrowers must be rewarded.

While some of this increased money supply may be channelled into productive investments, a good proportion of this amount is likely to find its way into assets such as Bonds, Equities, Real Estate, Commodities, and the like. Actually, the truth is, a world flush with liquidity is speculating on asset prices like never before! 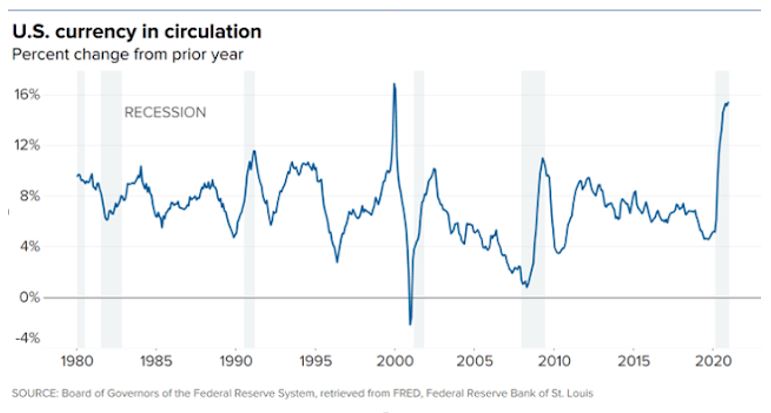 But what happens when the cycle reverses?

Yes, you guessed it right. Higher Interest rates tend to negatively affect corporate earnings & stock prices for the same reasons we discussed above. Rising interest rates in Developed Economies start ringing alarm bells for EM's due to the risk of capital outflows where the return on investments such as bonds & fixed deposits has suddenly increased.

The looming fear is a repeat of the “taper tantrum” episode of 2013 when indications of an earlier-than-expected tapering of US bond purchases by the Federal Reserve caused a rush of capital outflows from emerging markets.

If an investment is withdrawn- in all probability if interest rates rise- it is bound to leave a gaping hole in the recipient country's financial system. As a result. the home currency depreciates and investors fear the end of the bull market aka the bubble has burst.

So, we have learned how the rise and fall in interest rates affect the stock market. However, there is another factor, i.e., "Inflation." Let us discuss the impact of inflation on the stock market in the next section.