What is a Moving Average?

A Moving Average can be described as the average of a time series. An average comprises of data, and data with respect to stock markets signifies the market data consisting of price and volume.

So we can say most probably the approximate number of runs which can be scored in the next match would be around 166 runs.

With reference to stock prices, when we talk about prices, we divide the price into specific fields of - Open, High, Low and Close.
Normally we take the closing price of a given period while calculating Moving Averages because closing price plays a vital role in determining the psychology of people towards a stock.

For example, we want to calculate the 5-day moving average price of Reliance Industries Ltd.

We will simply take the closing price of Reliance Industries for the last 5 days and divide it by 5. 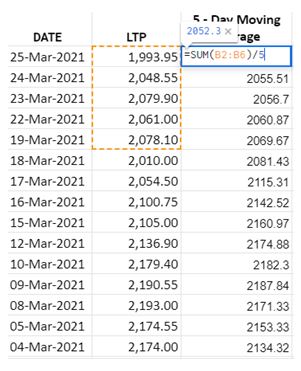 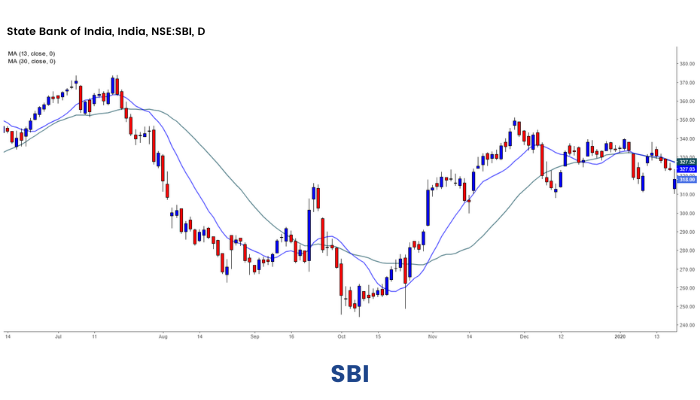 We can see, the 13 day moving average of SBIN is closer to its price than the 30 day Moving Average.Hence, we can make a statement: