What are Profitability Ratios?

These ratios are most important from the viewpoint of an investor since they show whether the company is making profits and generating adequate returns or not. 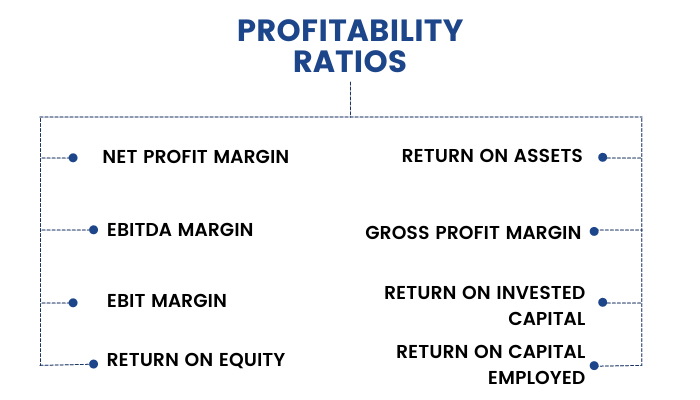 Here gross profit is the difference between sales and cost of goods sold. The gross profit ratio represents the excess of what the concern is able to charge as sale price over the cost of purchasing/manufacturing the goods. Gross profit margin indicates the percentage of revenue available to cover operating and other expenses and to generate profit.

Gross profit margin is an important ratio in evaluating the operating performance of companies, particularly those which are engaged in merchandising and manufacturing business. An analyst should not draw inference by examining the gross profit margin in isolation from other operating expenses.

Here, EBIT is the difference between sales and COGS + SG&A + Depreciation + Amortization. Operating profit margin is the appropriate measure of a company's operating performance and higher the margin signifies better performance by the firm at the operations level.

Here EBITDA is the difference between Sales and COGS + SG&A. We just add back depreciation and amortization to EBIT and the resultant number is EBITDA.

EBITDA is preferred to EBIT for companies operating in sectors like telecom and infrastructure sector which involve very high capital expenditure and in turn high depreciation expenses.

Here Net Profit is the difference between (Sales + Other Income) and COGS+ SG&A+ Depreciation and Amortization + Interest and Taxes.

The profit margin tells you how much profit a company makes for every ₹1 it generates in revenue. Profit margins vary by industry but all else being equal, the higher a company's profit margin compared to its competitors the better it is.

Net profit margin is important from shareholder's perspective. Net profit adjusted for dividend on preference shares represents the surplus that is available for distribution to equity shareholders.

Net profit margin should be based on net income from continuing operations and "below the line" items such as discontinued operations should not be included since the same will not affect the company in the future.

ROA measures how efficiently  the management is using its assets to generate earnings.

Since total assets of a company include both debt and equity financing, adding tax adjusted interest back to the net income shows the returns to both equity and debt holders.

ROA tells you what earnings were generated from invested capital (assets). ROA for public companies can vary substantially from industry to industry. This is why when using ROA as a comparative measure, it is best to compare it against a company's previous ROA numbers or the ROA of its peers

The higher the ROA, the better it is because the company is milking more profits from the asset. And when you come to think of it, the management's most important job is to make wise choices in allocating its resources.

The amount of net income returned as a percentage of shareholders equity. Return on equity measures a corporation's profitability by revealing how much profit a company generates with the money shareholders have invested.

There are several variations of the above formula that investors may use.

ROE is often more thoroughly analyzed using the DuPont analysis which is :

This analysis shows whether the company is increasing its ROE by generating higher profit margins or asset turnover or simply by taking more and more leverage. When a company's ROE increases as a result of the former two then it's a sign of good operating performance however, if it is because of an increase in leverage ratio then it signifies a higher financial risk to the common equity holders.

The return on capital measures returns generated on all debt as well as equity invested in an asset/assets. Consequently, it has to consider earnings not just to equity investors (which is net income) but also to lenders in the form of interest payments.

ROCE is computed the same as ROIC, the only difference is we do not subtract cash from invested capital. ROCE should always be higher than the rate at which the company borrows otherwise any increase in borrowing will reduce shareholders' earnings.

There are few more important ratios that investors take in consideration while checking the profitability of the company. Kindly check them out–

Let’s calculate Profitability ratios with the given information: - 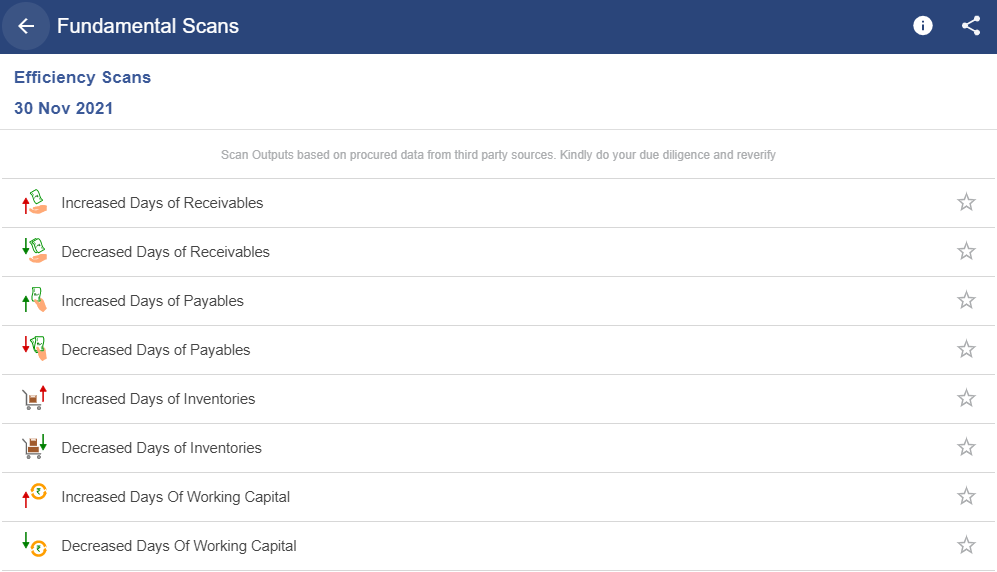