This module introduces the most popular chart pattern in technical analysis, which is Candlesticks. This type of chart pattern is used by many traders across the world to predict the price action movements on various financial securities. So, here in this module, we will dive into the world of candlesticks' patterns. Yes, there are several patterns that suggest a particular move in the price of a security that can be either bullish, bearish or even sideways.

So, without any further ado, let's start learning the candlesticks pattern and decode the complexities of it in a simple way.

What are candlestick charts?

Japanese candlestick is the oldest type of trading technique that is used to analyse the future price movement. In the 1700s, the candlestick charts were used to predict rice prices. In 1750, Munehisa Homma a Japanese merchant started using his candlestick analysis for trading at the Rice exchange at Sakata.
Candlesticks are one of the most efficient ways to analyse the change in the prices of an asset. It depicts the trader’s psychology with utmost clarity, in comparison to other forms of charting.

How to read candlestick Charts?

Candlestick charts are two dimensional charts having a real body, upper shadow and a lower shadow. 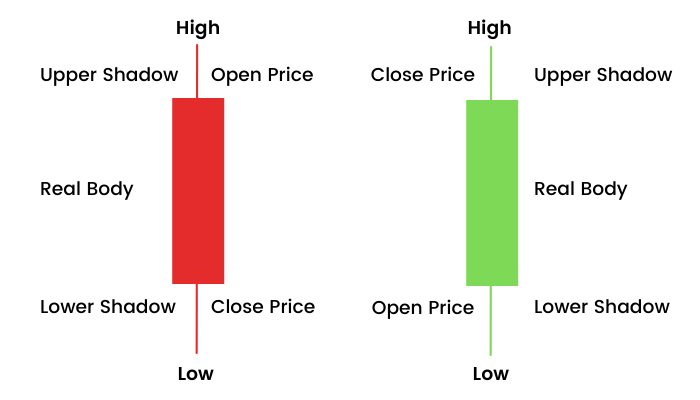 Why do most traders prefer Candlestick Charts? 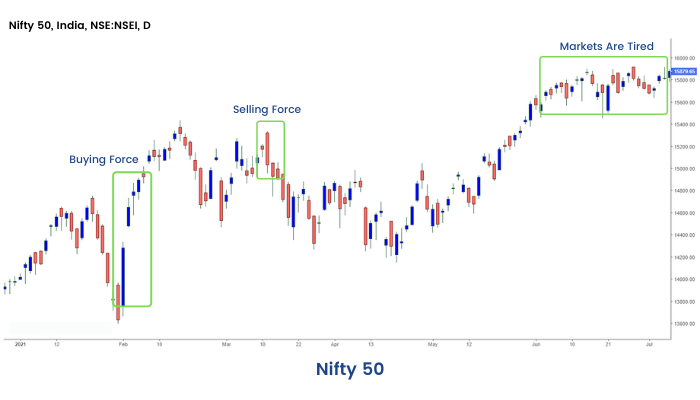 Note: From this section, we have learned the basics of candlesticks and how to read a candlestick chart. But there are several candlesticks patterns that need to be identified for technical analysis. We will learn the art of identifying candlestick patterns in the next unit.