Firstly, let us start with a popular candlestick pattern which is a Hammer.

What is a Hammer Candlestick Pattern? 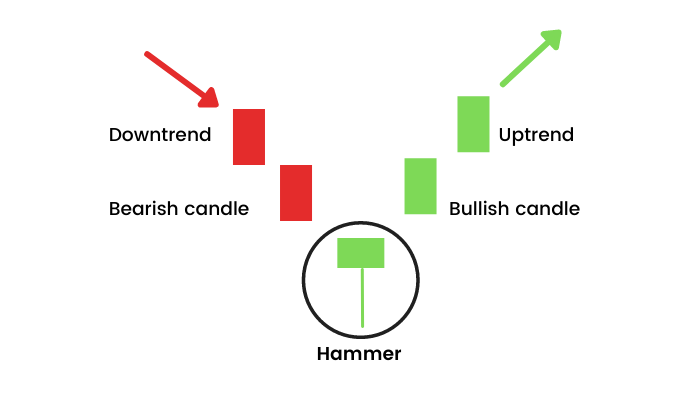 A hammer pattern is formed when prices rally from an intra – period sell off, to close near the open. The long lower shadow initially shows that the bears had moved the prices too low, continuing the ongoing bearish trend. The bulls then came and eventually move the prices up and closed it more than the opening price. Hammers signal that the bears may have lost control over the prices, thus indicating a potential reversal to an uptrend.

Confirmation of this candlestick pattern occurs when the next candle after the Hammer closes above the closing price of the hammer. This confirmation shows that the bullish reversal has taken place. 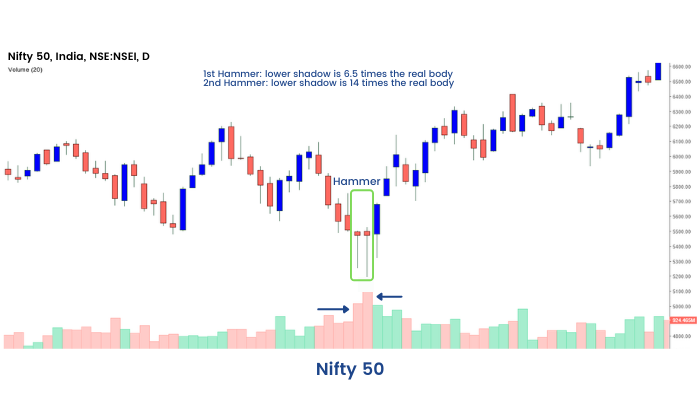