Hanging man is a bearish reversal single candlestick pattern. It has a long lower shadow & a small real body. A hanging man appears at the end of an uptrend indicating weakness on the upside price movements. This means the bulls have lost their strength & bears have taken over.

So how can we identify such a pattern?

Here is a formation of the Hanging man candlestick pattern: 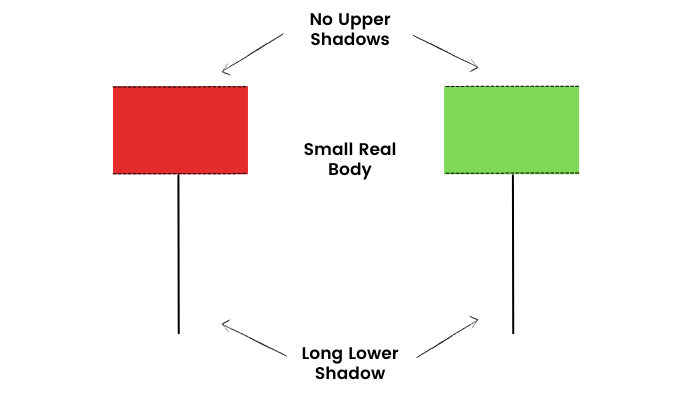 The prior trend of the market was up. In continuation of the previous trend, the market opens higher. This signifies that bulls are still active. During the session, the bears take over, and some sell-off from the top is noted. This could  possibly be  profit-booking by smart money. The price eventually bounces back & it closes near its high. Since sell off was noted at higher levels post-confirmation, we can expect a reversal to occur.

Example: we can see the formation of the Hanging Man candlestick pattern on the Daily chart of Nifty 50 below: 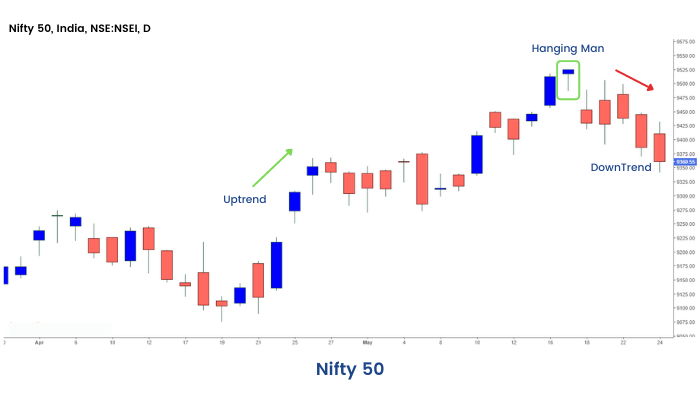