What is an inverted hammer candlestick pattern? 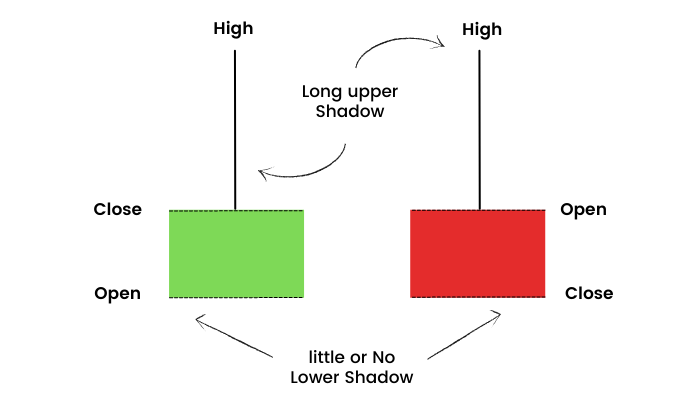 The Inverted Hammer is a signal of a probable bullish reversal after a downtrend. It signals that the bulls are now willing to buy the stock at the fallen prices. After the downtrend, there is buying seen at lower levels from the bulls which takes the prices up and the upper shadow is formed. Some profit booking is again seen at those high levels due to which the closing price is near the opening price resulting in the small real body of the pattern. The colour of the pattern – whether red or green is not important however a green candle is comparatively bullish.

Confirmation of this candlestick pattern occurs when the next candle after the Inverted Hammer closes above the high price of the inverted hammer. This confirmation shows that the bullish reversal probably has taken place.