The next candlestick pattern that we will learn is a Spinning top. It can be either bullish or bearish. Let's see how they are formed?

What is a bullish and bearish spinning top candlestick?

A spinning top is a single candlestick pattern which represents indecision about the future price movement. This candlestick pattern has a short real body with long upper and lower shadows of almost equal lengths. A small real body means that the open price and close price are close to each other.

For instance, if the open price is ₹320, and the closing price is ₹324, then this will lead to the creation of a small real body as a 4-point move is not much. As the open and close prices are near to each other, the colour of the candle does not matter. 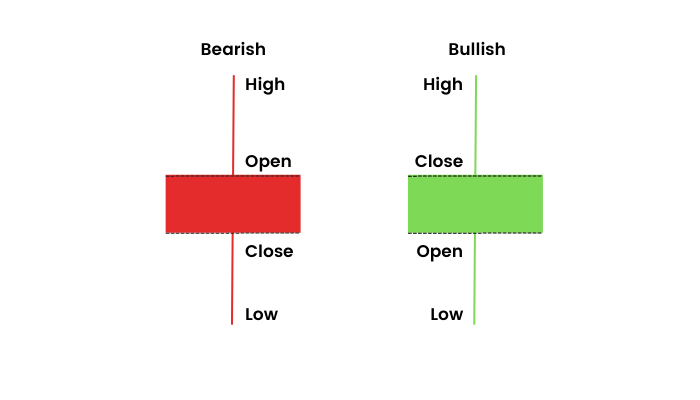 A spinning top is an indecisive candle and explains high volatility and a tough fight between the bulls and the bears. It is formed when the bulls send the price higher than the opening price, and the bears then push it back down before the market closes, or vice versa. If a spinning top is formed, it means that the market has explored upward and downward options but then settles at more or less the same opening price – resulting in no meaningful change. If it is formed after a large uptrend, accompanied by high volumes, there are high possibility of a potential reversal and if the spinning top is seen at the bottom of a downtrend, it could mean that a bullish reversal might happen.