After checking the promoter’s background, it is important to evaluate the salary drawn by them.

The salary drawn by the promoter/management of the company is one of the key parameters to be looked upon while analyzing the company. Digging into the fine print will yield critical revelations about the working of the management.

An analysis of various companies across sectors reveals that the standard salary range for the management group is about 2-4% of Net Profit after Tax (PAT). The salary component can be broken down into a fixed monthly payment along with a commission on PAT & other perquisites.

It becomes vital to identify the companies where promoters are gifting themselves sky-high salaries. Promoters are but the employees of the company. They are the people who are in direct control of the company & its key decisions. This includes the power to set their own salaries. In maximum cases, the promoters have their way & are able to get their desired remunerations recommended by the board of directors. Investors would acknowledge that the promoters are usually the largest shareholders in the company. Hence, it is not a hard task to get their remuneration approved by the shareholders in the Annual General Meeting/Extraordinary General Meeting.

Investors must remember that promoter salaries are an expense from the company's point of view. Expenses are debited in the company's Profit & Loss account. Basically, astronomical salaries eat into the net profits of the company. It directly reduces the profit margins. Many investors use the price to earnings ratio as a metric for valuing companies. Hence, not only would the available earnings per share reduce but the PE multiple would also be slashed.

Private companies have no restrictions as regards determining the director's remuneration & the process to be followed.

However, Public companies must adhere to the norms of the Companies Act. As per the terms of the act, the total remuneration payable by a public company to its directors in a particular financial year must not exceed 11% of the net profits of the company for that financial year.

Listed companies must disclose the remuneration details of every director in the annual report. As per the Listing Regulations, they must also report the ratio of remuneration of each director to the median employee's remuneration.

The senior management team comprises the highest level of managers in an organization, immediately below the board of directors. It includes KMPs such as CEOs, CFOs, Company Secretaries as well as all the functional heads.

In contrast to directors, the remuneration & appointment of senior management is governed by their respective agreements. No formal guidelines have been issued in this context.

Quick Snapshot: (Data as of Closing Prices on 15th February 2021) 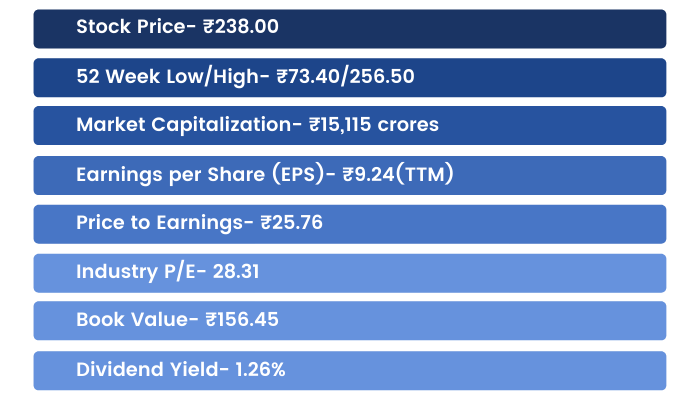 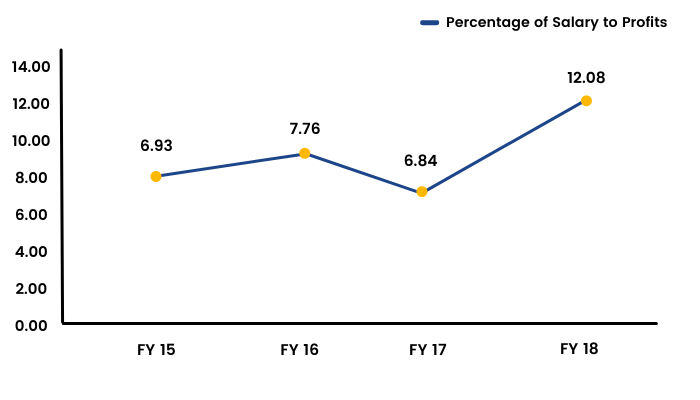 The case against Kanwar was that he took a 44% pay hike in a year when the company reported its lowest net profit figures in the past five years. The consolidated profits fell from ₹1,099 crores in FY17 to ₹724 crores in FY18, implying a fall of around 34% YoY. The total compensation of both the promoters adds up to a whopping ₹87.74 crores. The Combined salary-to net-profit ratio for Onkar Kanwar & Neeraj Kanwar stood at 12.1% for that year. Keep in mind, Revenues for the year were the highest ever till that date at 14,843 crores.

Note- It might appear prima facie that the salary to net profit ratio at 12.1% exceeds the statutory limit of 11%. However, it is not so. The net profit under consideration is subject to certain provisions under Section 198 of the Companies Act.

After facing SEBI's whip for paying such exorbitant salaries, the management was forced to take a voluntary pay cut of around 30% for FY19. It introduced other "substantive" steps such as capping the total remuneration of the father-son duo at 7.5% of the profit before tax. Going forward, annual increments for the fixed portion of the promoter compensation will be in line with that of senior professionals of the company. It also added that the performance-linked pay of the promoters will be capped at 70% of the total pay.

If an investor notices that a promoter is taking higher salaries year after year when the business profits are shrinking, it might indicate that the promoter is prioritizing his own interests rather than driving the business performance to new heights. It might also indicate that the promoter is treating the company as an avenue to extract the maximum possible amount of money. There must be strict provisions for performance-linked payments. Investors should be cautious in case of such companies where management remuneration is going up despite poor performance by the company & conduct thorough due diligence before risking their capital. 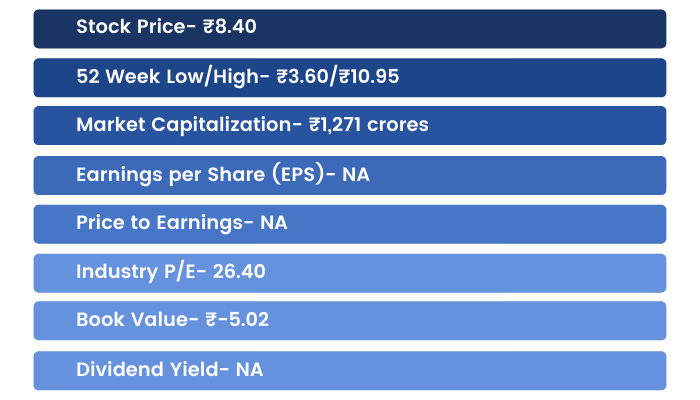 Mr. Ajit  Gulabchand, Chairman & Managing Director of HCC was the man behind the vision of Lavasa-  India's premier hill destination built along the lines of Portofino, Italy.

Those were the days when Jaypee Infratech, Sahara & Unitech used to rule the Infrastructure sector. Every other developer was announcing a larger than life project taking crores in bank debt. As a matter of fact, all three of them suffered the same fate.

Present-day, Lavasa is a ghost city with vacant houses, empty streets, dusty foundation stones & unfinished projects. Lavasa turned out to be a textbook example of a huge infrastructure project gone bad. Our point of discussion is not the future outlook of the company, but how a billionaire's folly became a nightmare for lenders & minority shareholders.

Let us have a look at how the debt exploded after March 2009, 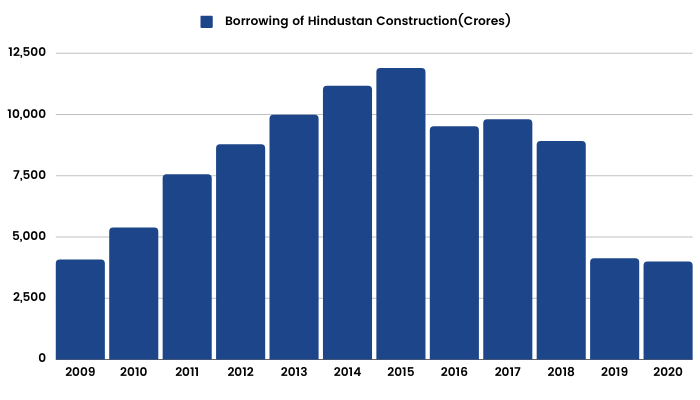 Notice how things turned around for the company from 2012 onwards,

The company has consistently reported losses in its last 10 years of operations barring one stray occasion. An ever-burgeoning balance sheet has reduced off late due to asset sales. More than 90% of the promoter holding is pledged. The company is still reeling from severe stress & has been referred to National Company Law Tribunal for insolvency proceedings

The corporate governance lapses in the company are innumerable. The Ministry of Corporate Affairs had approved a payout of  ₹ 1.92 crores & ₹1.21 crores to Mr. Ajit Gulabchand for 2014 & 2015 respectively. Schedule V of the Companies Act caps the total remuneration of directors at 11% of the net profits of the firm. This law is applicable even for loss-making firms with inadequate profits. & the number is arrived at using a complex calculation procedure. The company must obtain the permission of the Central Government to pay anything in excess of the stipulated amount.
Nonetheless, the esteemed board of directors requested the ministry to approve payment of ₹10.66 crores as compensation to Mr.Gulabchand for each of the two years.

"Note 26.1 and 26.3 to the standalone financial statements regarding the remuneration of 10.66 crores paid for each of the financial years ended 31 March 2014 and 31 March 2016 to the Chairman and Managing Director (CMD), which is in excess of the limits prescribed under the provisions of the erstwhile Companies Act, 1956/ Companies Act, 2013, respectively and for which the Company has filed an application for review / an application, respectively with the Central Government; however approval in this regard is pending till date. Our opinion is not qualified in respect of this matter "

The company's financial position was not very encouraging either. Auditors were questioning Lavasa's ability to continue as a going concern. For FY14, the company reported consolidated losses of ₹227 crores, it shrank to ₹159 crores for FY15 but again expanded to ₹450 crores in FY16. At this point in time it is irrelevant if the ministry approved a higher payout or rejected the application. This incident clearly points out that the promoter prioritizes his personal interest above that of the minority shareholders.

An investor must be quick to exit his position as & when such red flags show up. It was still possible for an investor to save a substantial portion of his wealth by making a timely exit. Always remember, The first step of wealth creation is wealth protection.