What is the RSI indicator?

The Relative Strength Index (RSI) is a momentum indicator developed by renowned technical analyst Welles Wilder that compares the magnitude of recent gains and losses over a specified time period to measure speed and change of price movements of a security. It is primarily used to attempt to identify overbought or oversold conditions in the trading of an asset.

The overbought region refers to the case where the RSI oscillator has moved into a region of significant buying pressure relative to the recent past and is often an indication that an upward trend momentum may slow down. Similarly, the oversold region refers to the lower part of the momentum oscillator where there is a significant amount of selling pressure relative to the recent past.

The RSI is a price-following oscillator that ranges between 0 and 100. Generally, technical analysts use 30 oversold and 70 overbought lines to generate the buy and sell signals.

Note here that the direction of crossing is important; the indicator needs to first go past the overbought/oversold lines and then cross back through them. Overbought and oversold region is shown in the chart below: 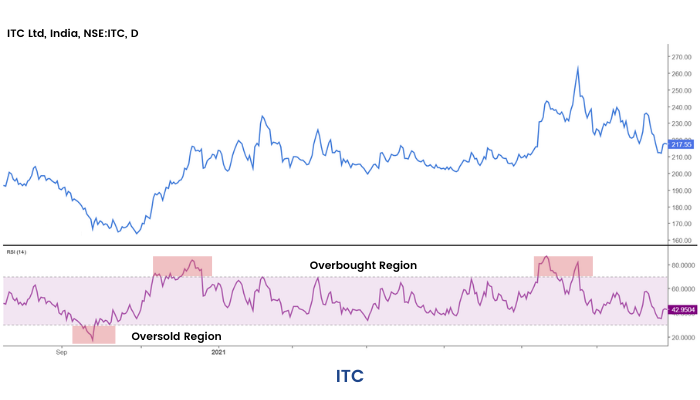 The other means of using RSI is to look at divergences between price peaks/troughs and indicator peaks/ troughs. If the price makes a new higher peak but the indicator does not make a corresponding higher peak this indicates there is less power driving the new price high. The momentum behind the price rise is low. Since there is less power or support for the new higher price a reversal could be expected.

Similarly if the price makes a new lower trough but the momentum indicator does not make a corresponding lower trough, then it can be surmised that the downward movement is running out of strength and a reversal upward could soon be expected.

This is illustrated in the chart below. 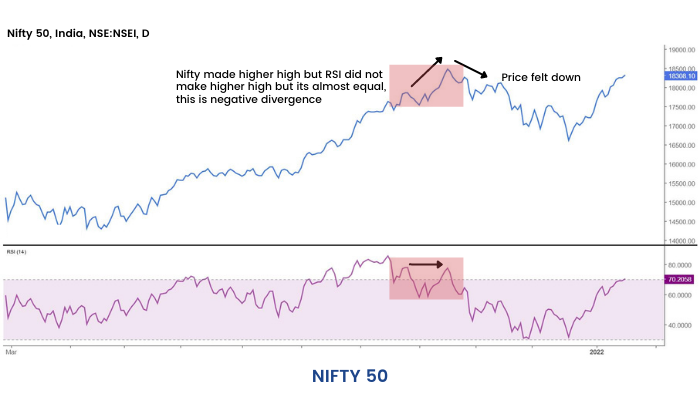 How is the relative strength index calculated?

The relative strength index is calculated using the following formula:

The RSI provides a relative evaluation of the strength of a security's recent price performance, thus making it a momentum indicator.

RSI values range from 0 to 100. The default time frame for comparing up periods to down periods is 14, as in 14 trading days. However if you are using RSI on weekly charts a 5- period RSI is recommended compared to 14-period RSI. 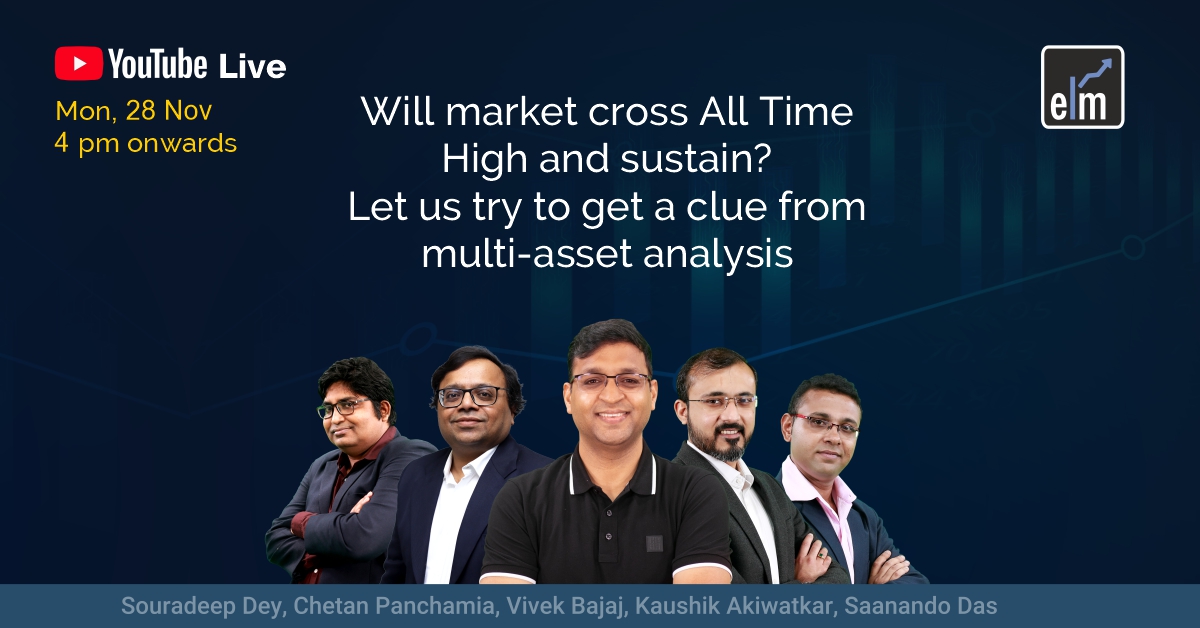