Gross Domestic Product or GDP is the total value of goods & services produced in an economy during a particular period of time.

The stock market is a leading indicator of economic health. Stock valuations imbibe an element known as forward earnings that take into account future earnings outlook instead of the present scenario.

A rising stock market indicates that a period of economic expansion is likely to follow. This is reflected in increased production and earnings growth. Investments are high & overall economic sentiment is buoyant. Hence, Market participants drive up the demand for shares that will likely outperform.

Companies reporting excellent profitability in the upcycle use some of the free cash flow to repay their liabilities. It has been seen that corporate debt comes down drastically during periods of optimism. Logically, interest costs also head south.

The fallacy in this altercation is that the economy is too complex a thing to be surveyed by a sole metric. It is like measuring an entire classroom of students based on an index of average GPAs.

We would like to draw the attention of our readers to the fact that none of the factors and their implications discussed in this reading should be taken as a concrete message. There are always exceptions and outliers:

The first picture reflects the GDP per Capita of Brazil in USD terms. It is amply visible that the GDP peaked out in 2011 and hasn't yet returned to those levels. 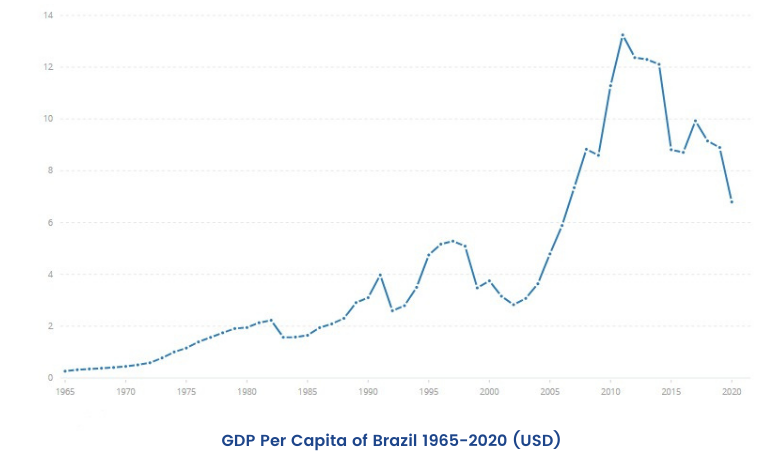 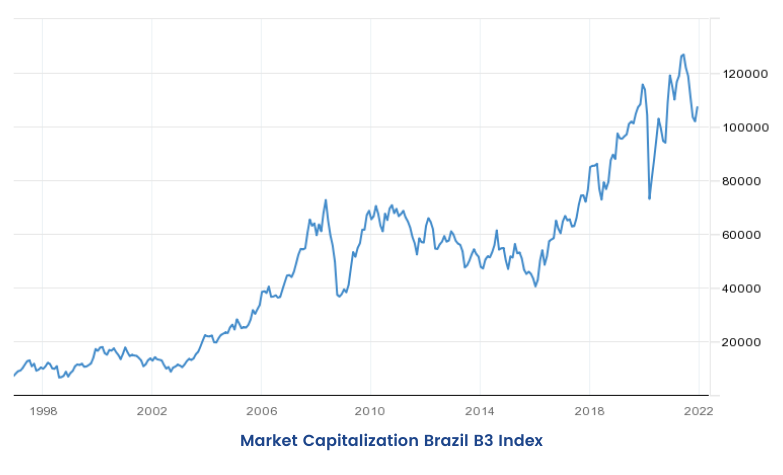 However, the market capitalization of companies listed on the Sao Paulo or B3 Stock Exchange- represented by the BOVESPA Index has doubled in value between 2012 and 2021. The stock market appears to be in good shape & is perhaps even more expensive than before. It becomes almost certain that there are factors other than the absolute GDP figures that are at play. More specifically: 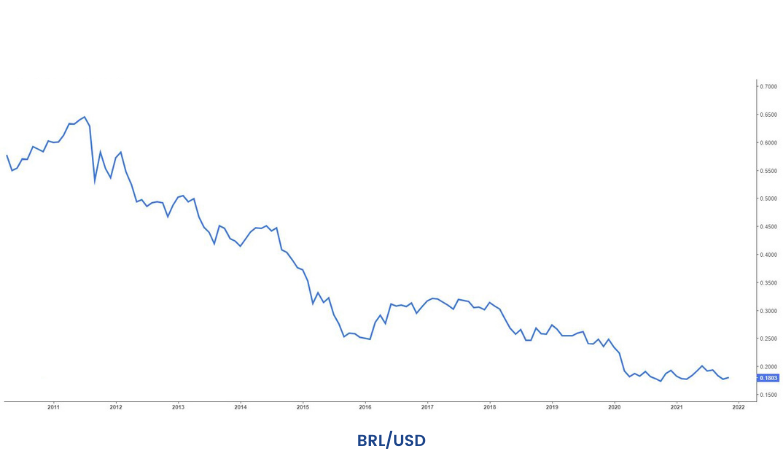 The Brazilian Real has depreciated by around 70% since 2011 and that number probably explains a lot. We will cover this topic in greater detail in the subsequent parts when we discuss Exchange Rate movement and its impact on stock prices. For now, the point to draw home is - prima facie it may appear that the BOVESPA index has given stealthy returns, in materiality it has underperformed on all counts.

Things in Japan are no different either- the GDP topped out in 2012 but the Nikkei Index is up almost three and a half times since then.

Investors often use a metric-Market Capitalization-to-GDP ratio, also known as the Buffett Indicator to check if the current stock valuations appear reasonable or not.

The stock market is all about money. Therefore, demand and supply of money have an essential role in affecting the market. So, in the next section, we will discuss our fourth factor, i.e., Monetary Policy affecting stock markets.