A basic background check of the promoters' is the first step in conducting a management analysis of any company. A background check might be interpreted differently by different investors. For some, educational qualifications may be a vantage point whereas others may stress on family background. However, the focus must be made on past decisions of the management. 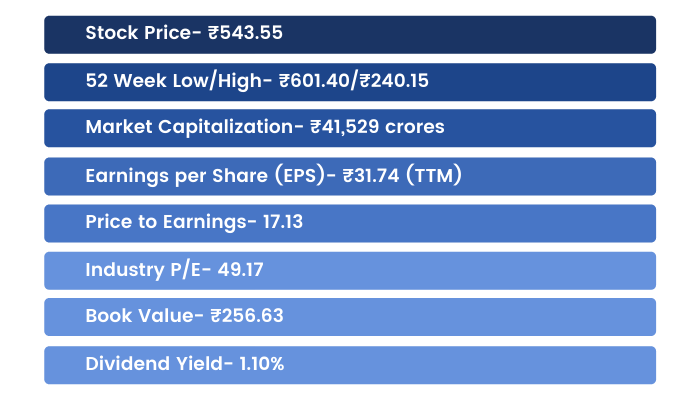 UPL Ltd or erstwhile United Phosphorus Limited, established in 1969 is a large-cap company with a market capitalization of about ₹40,000 crores. The company is principally engaged in the agro-business of production and sale of agrochemicals, field crops, vegetable seeds, and non-agro-business of production and sale of industrial chemicals, chemical intermediates, specialty chemicals.

I chanced upon the company a little while ago while looking for value picks in a market hitting fresh all-time highs every other day.

Finding a company with such stellar performance at throw-away valuations enticed me. However, upon doing a background check of promoters', I understood the reason behind this discount. It is very simple to conduct a basic background check. 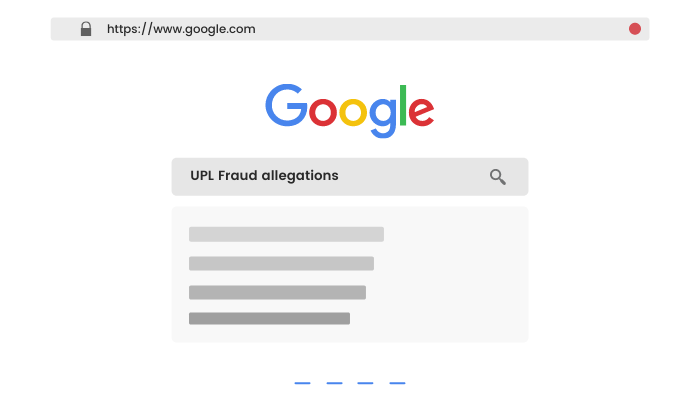 Check for the name of the company with certain keywords such as " Fraud, Dispute, Court, Issues, SEBI, Resignations, etc". A simple attempt to know the promoter and give a lot of information that might be present in the public domain.

The Valuepickr Forum is an excellent platform for stock market discussions & investors must check it out for obtaining interesting insights about the company.

The check of Promoters' background for UPL Ltd reflected that there were serious allegations against the promoters by a whistleblower who was also a member of the board. The whistleblower claimed that:

“UPL entered into rent deals with the shell company owned by its employees and paid crores of rupees in rent for properties held by the latter, which was earlier owned by UPL chief Jaidev Shroff himself.”

"Mr. Jaidev Shroff rubbished these claims in a TV interview & said that the complaint was put to rest way back in 2017. Shroff added that these complaints were made by his estranged wife and is about the house that he lives in. Further, these transactions were fully disclosed to the Audit Committee at that time & the company went ahead with it only after receiving a green signal from them."

Another google search with a different keyword revealed some more crucial information,

In a letter dated 14th October 2020, The company announced that KPMG Mauritius had resigned as the statutory auditor of its subsidiary UPL Corporation.

The stock tumbled 9% after this announcement and the management rushed to assuage investor concerns as usual:

"In order to re-organize the Audit Process to improve Productivity, at the request of the Company, KPMG Mauritius has resigned as Statutory Auditors of UPL Corporation Limited, Mauritius. M/s. BSR & Co. LLP, Chartered Accountants, continues to carry out the audit of Group Consolidated Financials of UPL Ltd, India which includes UPL Corporation Ltd, Mauritius, and its subsidiaries,"

In a further development, KPMG Mauritius refused to share specifics about its resignation. It simply cited that it had done so on the advice of UPL's risk management team.

These recurring instances of corporate governance lapses must not be taken at face value. All these developments point to the failure of internal controls in the organization.

Independent Directors-  Such checks must be conducted for independent directors as well. It is often seen that non-executive directors constitute ex-bureaucrats, industry professionals, etc. It is well known that ex-bureaucrats bring a lot of administrative & management experience to the table. On the other hand, such arrangements might be indicative of crony capitalism as the position might have been offered as a reward for favors done to the company. An investor must make his/her own call on such matters.

In case of upcoming IPOs or newly listed companies, make sure to go through the Draft Red Herring Prospectus (DRHP) to seek information about any pending litigation or other risk factors associated with the company.

One should move ahead with further analysis after being convinced that no fingers can be raised when it comes to the character & integrity of the management.

That brings us to our lesson. It is always prudent to thoroughly read each & every line of the disclosures filed by the company. The Annual Report is a very important toolkit for investors. We understand that it is tedious to flip through two hundred pages of corporate trivia with absolute attention but one must do so to safeguard their own interests.

This case study has attracted a lot of media coverage but this is true only for a handful of companies in the listed universe. It becomes more important to spot these inconsistencies in the case of smallcap & midcap companies that stay away from the public eye.

Always remember, Investment in a great business with sound fundamentals might be futile if the management is not shareholder-friendly.